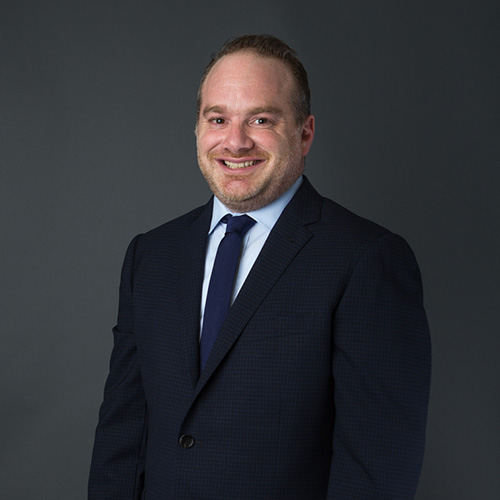 Steven Lubcher has been defending workers’ rights in the Garden State for over a decade. He graduated from the University of Florida with Honors in 2003, and from Rutgers University Law School in Camden, NJ where he received a Juris Doctor degree in 2007.

At Rutgers, Mr. Lubcher interned at the Montgomery Child Advocacy Program in Pennsylvania, acting as an advocate for mentally and physically abused children who can’t seek their own counsel. He has always stood on the side of the disadvantaged and supported their rightful claim to justice. Prior to starting the Law Offices of Matarazzo and Lubcher, PC, with Stephen Matarazzo, Steven was a Judicial Law Clerk in the Camden County Superior Court, and worked in private practice where he focused on representing the injured worker. He is active in numerous legal associations.

Mr. Lubcher is a Mets, Knicks, and Giants fan and a fan of the Florida Gators. Mr. Lubcher resides in South Jersey with his wife, Sophie, and enjoys spending his free time with friends and family.

Why You Should Hire Attorneys Matarazzo & Lubcher

We Have 6 Law Offices Throughout New Jersey

We are experts at navigating the workers’ comp process.

We build trust-based relationships with the people we defend.

We are respected throughout the legal community.

We have offices around the state of NJ to meet you in.

Every Person Who Walks Through Our Door Is Important To Us.

Don't Pay a Cent Until We Settle or Win Your Case.

Welcome to The Law Offices of Matarazzo & Lubcher, P.C., where Stephen and Steven work tirelessly to defend your rights as workers in New Jersey. Today you made a good choice. You've decided to stand up and protect your rights.

Fill out my online form.

Visit us at one of our many convenient locations:

Office by the Ocean

© 2023 The Law Offices of Matarazzo & Lubcher.
Law Marketing by EveryMerchant.com